Album: Click on an image to find a book that will take you there. 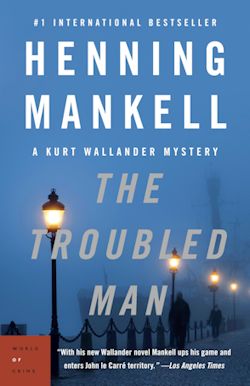 
Reading The Nature of the Beast, the new Three Pines/ Gamache novel by Louise Penny reminded me that the first book in the series, Still Life, was finally adapted for video last year. The dishy Nathaniel Parker (Inspector Lynley) makes a wonderful Chief Inspector Armand Gamache of the Quebec Surete. Still-Life-the-Video  is good entertainment but not as funny as the books--perhaps because the characters are less eccentric. <More about the series of books.>

Louise Penny is just better than everyone else!


I'm reading Louise Penny's new Armand Gamache novel, The Nature of the Beast (#11). It's set in the magical village of Three Pines and delivers Penny's customary trifecta of suspense, humor and affecting characters. When Penny revealed the mysterious something that was hidden in the woods near Three Pines, I whooped with delight. Review to come soon.<More about the series and the other books in it.>

Meanwhile, I discovered that Minotaur, the publisher, is running a fun series on its site about real-life places that have inspired the fictional locations in the Gamache/ Three Pines series. <Check it out here.>